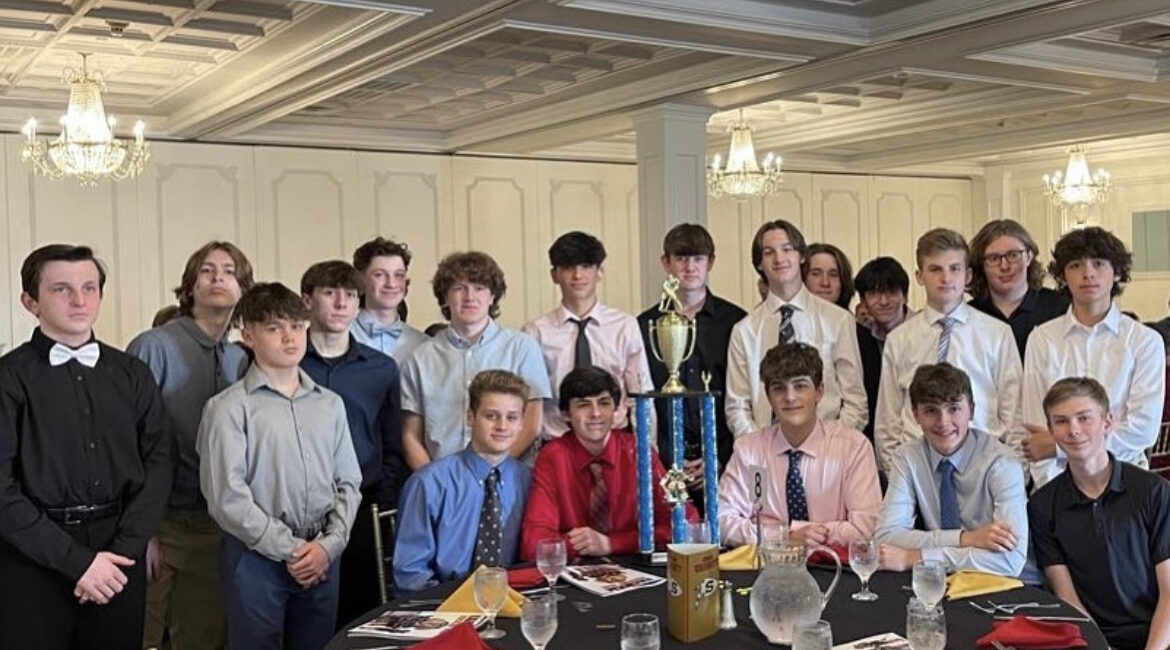 HAUPPAUGE, N.Y.— Out of all eight teams to qualify for the 2022 SCHSHL postseason, the Sachem Varsity Hockey Club was the only team that made it in with a sub .500 regular season record (9-10-1). Their reward? A first-round matchup with undefeated Northport/Huntington. After taking an early 1-0 lead, Sachem conceded four unanswered goals and saw their playoff run come to an end. Sachem will turn to the core of their championship JV squad from last season in hopes of returning to not just the playoffs, but the finals as well.

A grand total of 13 players have graduated from last season’s Varsity team. Headlining the departures for Sachem is All-Star forward, Jacob-Richard Munkwitz. The leading goal scorer for Sachem had a hand in exactly 30% of Sachem’s 90 goals last season and finished third in the Varsity division with five power play goals. Other names who won’t be back after averaging a point per game in 2021-22 are Matthew Heinssen and James Weaver while Aaron Borsuk has also graduated after sharing the team lead in assists (12) with Heinssen. That marks four of the top-five point scorers from last season who won’t be back in 2022-23 and leaves this year’s forward group mainly in the hands of their JV team.

“Obviously there’s a learning curve because it’s the first time for so many of them, but I’m confident that the work ethic and what we’ve been able to do with this group since they were little will naturally take place,” head coach John LaRochester said. “I think they’ll make an immediate impact. There’s some really serious players that will be moving up.”

There were plenty of names from last season’s Sachem JV team that stood out, but the name that undoubtedly got the most attention was Thomas Konkowski. The JV All-Star averaged 4.75 points A GAME during Sachem’s postseason run where they won every game by at least three goals. Konkowski’s line mate and fellow All-Star, Colin Kalberer, led not just the whole team with 36 assists, but the entire JV division as well. While they were two of the more noticeable point getters last season, the focus at the Varsity level will be more on their team as a whole rather than any individual stealing the spotlight on a nightly basis.

A first-timer in the SCHSHL and new addition to Sachem’s Varsity program is sophomore Dominick Oppedisano. The 15-year-old comes in after spending last season with the 14U AAA Major Junior Islanders club.

“He becomes another critical piece in the equation,” LaRochester said. “Every player on that roster plays an important role. Everyone’s got a job and he brings a different skill set and will fit right in.”

Only three players scored ten or more goals last season for Sachem and the only one returning out of those three is senior Matthew Gandolfo. The senior is one of just four returning forwards in 2022-23 with the remaining three being seniors Nicholas Ciani, Nicolas Bizzaro, and Paul Chiacchiaro.

A portion of Sachem’s defensive core will undergo change in 2022-23 and it starts with their top JV defensive pairing of Gregory Monthie and Joseph Capece moving up. Monthie’s 13 goals last season led all defensemen at the JV level while Capece’s three power play assists were second best in JV amongst defensemen. Their teammate, Angelo Mascaro, will also get the nod up to Varsity as all three will join Aidan Maloney and George Kalberer on the backend.

Goaltenders Luke Stoltenborg and Nathaniel Landry have graduated from the club, so we’ll see Alessandro Giulietti and Scott Loeb both move up after being the JV tandem last season.

The great thing about sports is once the playoffs begin, you never know what’s going to happen. At that point, the regular season is behind you and it all comes down to which team wants it more. Sachem’s Varsity Hockey Club gave it a run against top-seeded Northport/Huntington, but it wasn’t enough after jumping out to an early lead. This season’s Varsity team will inherit 12 players from their dominant JV team that looked unbeatable all year and they’ll look to replicate that success in 2022-23.

“There’s a new challenge this year,” LaRochester said. “I’m a sucker for competition and love the magnitude of games. I’m excited for them to get a taste of that.”