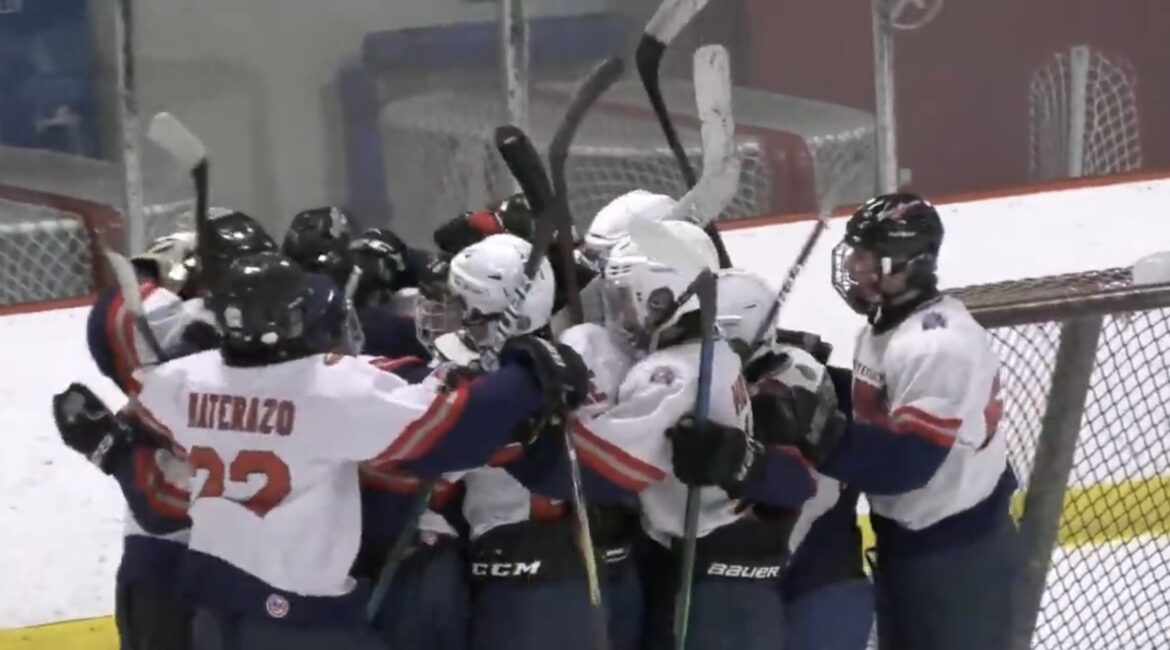 CENTEREACH, N.Y.— Coming into the 2021-22 season, Middle Country had their eyes set on making it to the postseason. That vision wouldn’t go their way as the Cougars concluded their season winning five games and finishing 11th place out of 14 teams in the Varsity division. Combined with a few faces from last year, a good portion of last season’s Junior Varsity team, and some new players as well, this group will be focused on qualifying for the playoffs in 2022-23.

Right off the bat, Middle Country is faced with the losses of their top-three point scorers from last season; Jeremy Poggi, Trevor Carmen, and Matthew Materazo. Poggi lit the lamp 15 times last season to lead the club while Carmen had the most helpers on the team with 12. Both Poggi and Carmen averaged at least a point per game. In total, all three forwards tallied 29 of Middle Country’s 65 goals scored in 2021-22, about 45%.

So who’s next in line to take over the team lead in scoring?

Just four forwards from last season’s group will return for Middle Country in 2022-23. Their only two returning forwards who recorded double-digit point totals last season are Scott Whitbeck and Luke Haufler. The two are re-joined with Thomas Howard and Aydan Azmoun, both of whom recorded the majority of their points last season with assists.

While the Cougars have their pick of playmakers, they’ll need those players and others to put pucks in the net this season. One name that Middle Country’s JV club could count on last season to fill the net was Brandon Scheuermann, who will get a well deserved promotion up to Varsity this season. The junior from Comsewogue was an All-Star last season, finishing with 33 goals in 20 games and factored on 68% of the 60 goals scored by the team. Joining Scheuermann on the Varsity club this season is his linemate, Brayden Schnepf. The senior led his JV team with 22 assists and was the only one to record double-digits in that offensive category. In fact, 13 of those 22 assists were primary helpers on goals scored by Scheuermann. This duo will look to carry over their success into the Varsity division. The other two forwards coming up from last season’s JV team are Brendon Lloyd and All-Star Nicholas Cancilla.

The defensive group for Middle Country will undergo almost a full makeover from last season, with the exception of Aidan Kolb. The senior’s six points in 2021-22 led all d-men on the team. Joining Kolb on the backend is fellow senior, Connor Dion, who played with the Suffolk Ice Wolves last season. Both players will have big shoes to fill in 2022-23 and will be the likely leaders of this Cougars group. Their remaining three will come from JV as All-Star Joseph Golod, Andrew Leippe, and Jacqueline McGee make the jump up.

Two new goaltenders will take over for the Cougars in 2022-23 as James Spina and Vincent Nullet have graduated. Headlining their new goalie tandem is senior Christopher Lucente. After spending the last four seasons with the Freeport Arrows, Lucente will also play with the Junior Islanders program at the Junior Elite level this season. The other half of their duo features Long Island Edge product, Michael Sitler. The junior was under heavy fire last season as the mainstay in JV and will look to use that to his advantage.

In a competitive group of 13 other teams in last season’s Varsity division, Middle Country beat four of those clubs. Their five total wins weren’t enough to clinch a spot in the postseason. However, the Cougars are looking forward to the opportunities ahead. Between their up-and-coming youth, strong group of veterans, and two proven goaltenders, don’t be surprised if this team takes that next step in 2022-23.