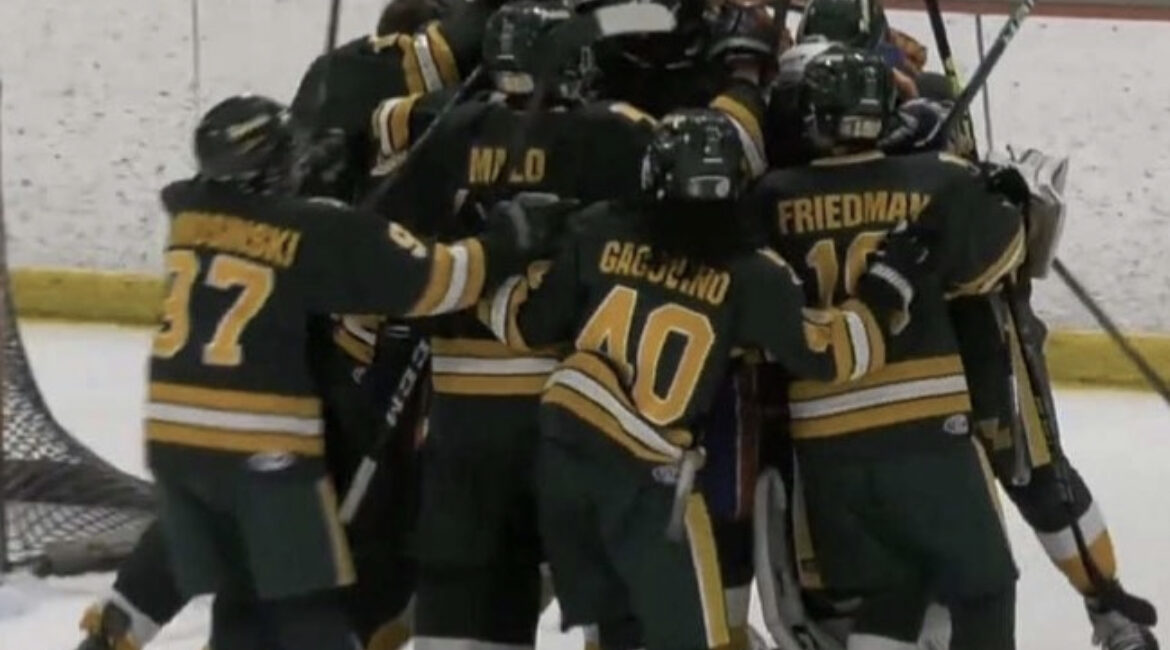 HAUPPAUGE, N.Y.— A perfect 4-0-0 start to the 2021-22 season had many believing that Ward Melville was destined to make the postseason. After all, three of those four wins came against eventual playoff teams. However, the Patriots would go on to finish with a 9-11-0 regular season record, finishing ninth and missing out on the postseason by just one point. They’ll look to right the ship in 2022-23 and get back to the playoffs.

Every season presents some type of challenge that teams have to try and overcome. For Ward Melville, their big challenge in 2022-23 will be attempting to find new sources of offense as All-Star’s Steven Mense, Anthony Campagna, and Brendan Malo have all graduated. Campagna, the Patriots captain, led the Varsity division with three shorthanded assists and was tied for the team lead in assists last season (11) while Mense averaged just over a point per game. The three players combined to score 25 of Ward Melville’s 81 goals in 2021-22. Other skaters that have graduated include Adam Freidman and Nicholas Monfredo, both of whom tallied 14 points.

Some of the familiar faces that are back for Ward Melville in 2022-23 feature senior James Clifford and junior Jake Mangano. Both forwards finished with a team leading 11 goals last season and will be key focal points on offense this season. Clifford led the club with 22 points in 2021-22 while Mangano recorded 19 points. Their next highest point scorer who is returning this season is Christian Bogush. Anthony Cassara also returns for the Patriots after he captained the Freeport Arrows and is now with the Long Island Gulls. Other members from last season’s team that are entering another season for Ward Melville are Lucas Scolaro, Christopher Ward, and senior Zachaeus Komosinski. Bogush, Cassara, and Komosinski all did not take a single penalty last season.

An area that Ward Melville struggled in last season was their special teams, specifically the penalty kill. The Patriots allowed 15 goals while shorthanded, tied for the most in the Varsity division. They also finished in the bottom half of the league with seven power play tallies. Improvement in their special teams play will be crucial in making a run at the postseason.

Ward Melville will welcome Peter Dykeman to their club as he previously captained the Dix Hill Hawks and will now take his talents to the Long Island Rebels organization in 2022-23. Joining Dykeman as one of the new faces will be freshman standout Daniel Breslin, who averaged a goal per game and finished with 30 points in 20 games. He’ll join his brother, Ryan, who will see an increased workload on the backend. The remaining two new additions from their surrounding school districts include juniors Matt Anderson and Jimmy Millen.

The goaltending will have an entirely new look in 2022-23 for the Patriots as All-Star Dylan Callahan and Robert Rose have both graduated. We’ll await to see who exactly will strap on the pads for Ward Melville.

One thing to take away from the 2021-22 campaign for Ward Melville is that the SCHSHL Varsity season is a marathon, not a sprint. Although the Patriots won four straight to begin last season, it meant nothing in the grand scheme of things as they found themselves outside of the playoffs. The club now faces challenges in 2022-23 such as improving their special teams and offensive production. Both of these will be critical if the team has any hopes on returning to postseason action.