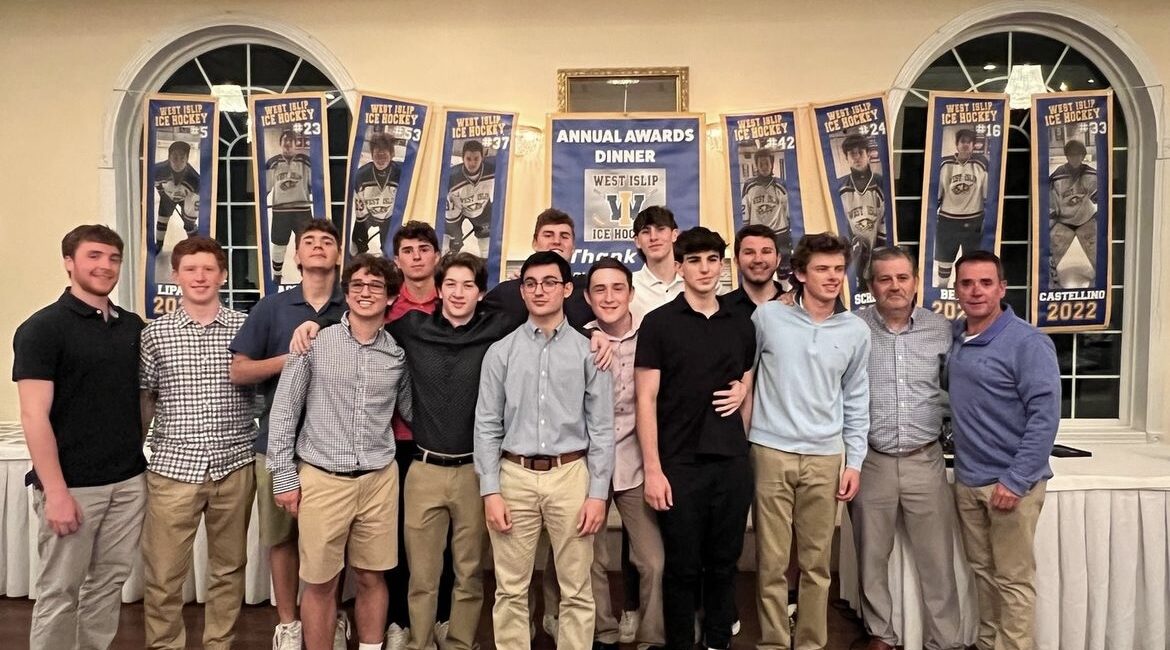 WEST ISLIP, N.Y.— Things were looking great for West Islip to begin 2021-22 as they sat at 6-2-0 after eight games. When it was all said and done, their 11-8-1 regular season record was good for a seventh place finish, securing one of the last playoff spots. The Lions put together a three-game win streak to close out the regular season, giving them momentum against a challenging Saint Anthony’s club that they lost to in overtime just two months prior. An emotional game didn’t go West Islip’s way as they’d fall 3-1, ending their postseason. The focus now shifts to 2022-23 as the Lions are hopeful they’ll return to postseason play.

Some big names from last season’s group have graduated and won’t be back this season for West Islip, including their top-two point scorers, captain Joseph Sousa and Derek Scheben. Both players combined to score 45% of the 95 total goals scored by the team in 2021-22. Sousa and Scheben were a driving force on offense as each player recorded three hat tricks and at least six power play points.

Special teams were a big reason for West Islip’s success last season as the Lions converted 19 times on the man-advantage, the most amongst all teams in the Varsity division. Their penalty kill was stellar as well, allowing just eight shorthanded goals. To top it all off, the Lions were also the least penalized team all season, recording just 120 penalty minutes.

This disciplined philosophy is also something that West Islip’s Junior Varsity squad followed in 2021-22 as they were also one of the least penalized teams in JV. Their eight skaters who are moving up will look to continue this trend while also providing an instant impact to the club.

All-Star forward Ciaran Pollard is the headliner amongst those skaters as he tore up JV with 38 goals and 13 assists, leading the team in both offensive categories. Pollard’s 51 points in 2021-22 accounted for a whopping 58% of the 88 goals scored by the JV Lions. He’ll join a forward group that features returning players Thomas Miller, Cameron Dorfman, Evan Dunford, and Aidan Conti. Miller averaged a point per game last season and had the second most assists (12) on the team while Conti is back and healthy after battling an injury most of last season.

Joining Pollard on the Varsity squad full-time this season is Derek Grosso after the senior led the JV club with four power play goals and even played a handful of games at the Varsity level with Pollard. Fellow forwards William Shields and Charlie Brandenstein will also make the jump up to Varsity.

With the departures of John Astle JR and Nicholas Lipari, we’ll see some new faces on the backend for the Lions. After exclusively playing with the PAL 14U AA squad last season, Andrew Mervyak will join his brother, Arthur. Two members of last season’s JV defensive group will get the permanent nod up as Alex Bitetto and John Kolich already have some Varsity games under their belt from last season. Bitetto, who also played with the Long Island Royals last season, scored twice in five Varsity games and also led the JV defense in scoring with six goals and eight assists.

Two key members on defense who are returning in 2022-23 are Liam Henshaw and Joseph Anastasio. Henshaw led the defense with 12 goals while Anastasio tallied nine assists to lead the defense. Both defensemen averaged a point per game last season and will surely be two of the leaders not just on the backend, but the entire team as well.

One half of West Islip’s goaltending duo from last season has moved on as we won’t see Nicholas Castellino dawn a Lions jersey in 2022-23. However, senior Ryan Winter is back after recording seven wins and two shutouts last season. Winter will welcome Braden Buccino as his new goaltending partner after Buccino backstopped the JV club to nine wins in 17 games started.

A hot start to the 2021-22 season for West Islip helped clinch one of the final playoff spots in the Varsity division. An emotional contest against the eventual county champions didn’t fall their way and have left the Lions looking ahead. Their goal differential of +12 (lowest amongst playoff teams) is something West Islip will look to improve upon as well as finding new sources for offense. One unique thing this team has that others might not is experience as plenty of their JV players got an opportunity to play some games in the Varsity division. Combined with their strong play on special teams, West Islip will look to use this experience to their advantage in 2022-23.