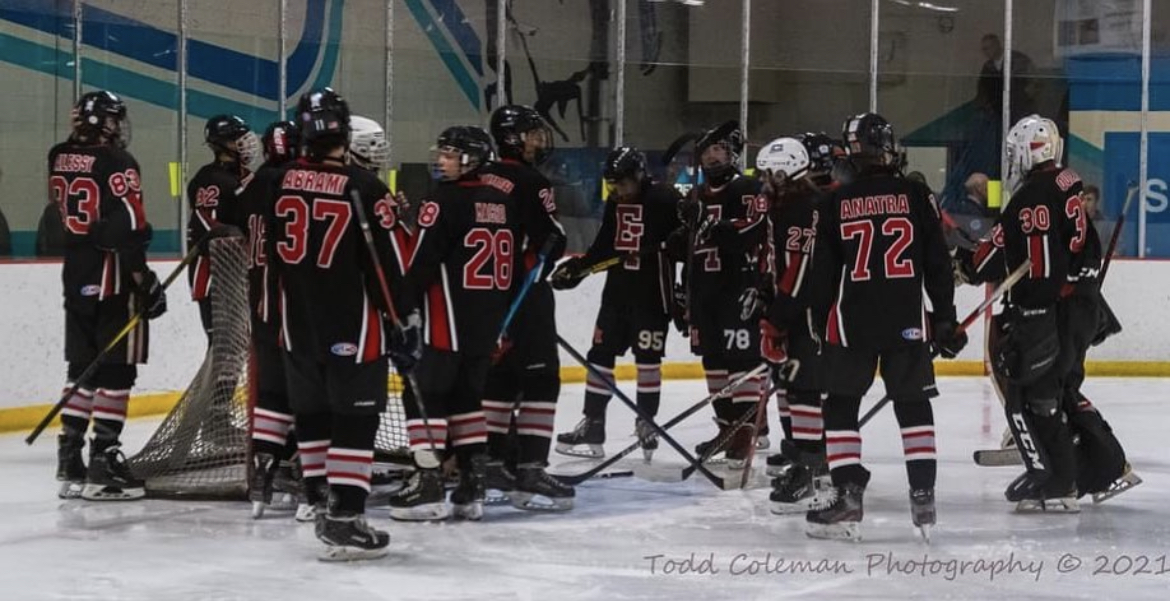 EAST ISLIP, N.Y.— The boys over at East Islip Ice Hockey put together a memorable season in 2021-22. An opening night victory against Saint Anthony’s and a fourth place finish proved that this team could compete with anyone. Despite falling 2-0 in their opening round playoff matchup, the Chiefs still qualified for the NYSAHA tournament. Combined with a solid returning core and some new additions, this group will be one to watch in 2022-23.

While East Islip will have many players returning from last season’s team, there are some big names who have graduated such as Captains Frank Alessi and Jake Abrami. Alessi was a workhorse for the Chiefs last season as he led the club in ice time and the whole defensive group in scoring with five goals and eight assists. Forward Sean Smith has also graduated after being one of three players to score ten or more goals last season and also led the club with three power play tallies. Rounding out the remaining skaters who won’t return in 2022-23 are Nick Yuskevich, Billy Walsh, and Anthony Riolo.

Despite losing a big chunk of contributors from last season’s squad, East Islip’s top-two scores of Ryan Anatra and Thomas Ivers will be back in 2022-23. The two juniors will look to lead the way in scoring yet again as Anatra led the chiefs in assists (13) and points (24) while Ivers led the way with 13 goals. An impressive thing worth noting is that Ivers and returning senior Dominick Magro were the only two forwards from last season who did not take a single penalty.

Speaking of penalties, that will be an area which East Islip will look to clean up in 2022-23 as their 231 penalty minutes were most in the entire Varsity division. Although the Chiefs racked up the most penalty minutes, their penalty kill was the best amongst all eight playoff teams allowing just seven goals when shorthanded.

Another crucial returning piece for the Chiefs in 2022-23 is defenseman Jesse Byrnes and he will have the honors of being the new captain for East Islip. Byrnes will be the horse on defense as he’ll be the one eating minutes with Alessi and Yuskevich both departed. Rejoining Byrnes on the backend are LJ Lena and Matthew Brode, who will both have increased roles.

Two potent members from East Islip’s Junior Varsity club are deservedly getting a promotion this season as both Anthony’s (Pepe and Marazzito) will join the Varsity group. Pepe dominated at the JV level after being one of three players to record at least five power play goals, 20 assists, and 25 goals during the 2021-22 campaign. Pepe’s 28 goals and 21 assists in just 21 games led the club in both categories while Marazzito finished with 27 points in 18 games. The two combined to score 43% of the 104 total goals. Others to get the nod up from JV include Luke Lafata, Joseph Penny, Matthew D’Addario, Colin Wills, and Christian Anatra.

It’ll be a new look between the pipes this season as goaltenders Jack Pannullo and All-Star Steven Squillante have both graduated. East Islip’s Junior Varsity tandem of Brody Dickson and Corey McGovern will now be the Varsity duo after both split the workload in JV.

It was a season to remember for East Islip in 2021-22 as they finished within the top-five and made it back to the NYSAHA tournament. This season, the Chiefs will look to tidy up their penalty minutes and improve on the offense after scoring 88 goals last season, the fewest amongst playoff teams. They’ll have to accomplish both with some new JV skaters and their skilled returning players. Last season’s group of seniors led the way and left behind a legacy that the 2022-23 club will look to put their own twist on.

“Talent may get you on the ice, but it’s effort and attitude that will keep you there,” General Manager Dan Barbarito said.